Home Blog CBD CBD and the Immune System. Is it Beneficial? 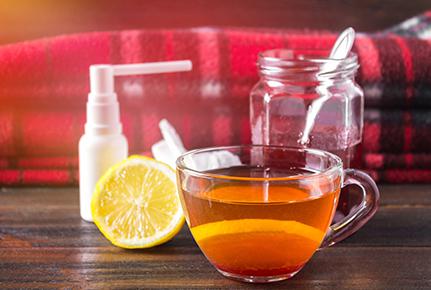 The cannabis plant has a long history of medical use and its mainstream acceptance is at an all time high (pun intended). The current Covid 19 pandemic has medical professionals looking at all possibilities as they research ways to control the spread of the virus. And with the general public’s desperation to remain healthy and avoid the virus many have come to the “rescue” with exciting products, offers, and claims that they have the remedy. Such is the case with many retailers of CBD products and solutions. Is there any truth to these claims? Let’s take a deeper look and see what we can make of these claims during these uncertain times.

The Immune System: A Review

We all have a general idea of what the immune system is and how it works. Functioning immune systems are what help us fight off infection within our bodies. We are constantly exposed to disease, infections, viruses, and bacteria. Any of these could potentially kill us if our immune system couldn’t stave off the harm of these intruders. A network of cells, organs, and tissues, our immune system works to destroy foreign cells or particles. And there is one key player who has the largest role in all of this. These are our white blood cells.
There are actually two different types of white blood cells. These immune cells are Lymphocytes and Phagocytes. You may have heard Lymphocytes being referred to as B-cells and T-cells. These are responsible for destroying antigens which are any toxins or harmful foreign substances found in the body. It is interesting and amazing that these will actually remember these substances as dangerous just in case they happen to come back and need to be dealt with again. The other type, Phagocytes are around to help absorb and neutralize the harmful intruders, which prevents them from spreading and inflicting even more damage.
The other function of your immune system is to detect and eliminate cells that aren’t working properly. This function is called apoptosis, or programmed cell death. This is s crucial function so that defective cells do not multiply and form tumors. By killing off these unhealthy cells, our immune system maintains a balance between healthy cell growth and cell death. In contrast, if there is too much cell death occurring the body may develop autoimmune disorders. And on the other side if not enough cell death occurs, cancer cells may develop.

The Endocannabinoid System and Immune Response

The Endocannabinoid System (ECS) was discovered as recent as the 1990’s by cannabis researchers. And while experts are still trying to figure out exactly how it works we do know that it plays a role in regulating a wide variety of physiological functions.

This system is made up of three main components: endocannabinoids, receptors, and enzymes. Let’s explore each.

Researchers have discovered receptors thought your body. The endocannabinoids we just discussed will bind to these receptors to signal that the ECS will need to take some sort of action. There are two main cannabinoid receptors:

Endocannabinoids can bind to either receptor and the result will depend on where the receptor is located and which endocannabinoid it is bound with. To illustrate, an endocannabinoid might bind to CB2 receptors in your immune cells to signal that your body is experiencing an inflammatory response. This can be a common sign of autoimmune disorders.

Lastly, enzymes are there to make sure endocannabinoids are broken down once they have carried out their fuction. Again we find two main types of these enzymes:

What are the ECS Functions?

Because of its complexity of relatively new discovery scientist do not have a full understanding of how it all works. Some research has been carried out linking the ECS with a number of functions such as:

While research is currently ongoing, experts do believe the ECS is important for keeping the bodily processes at homeostasis or in balance. If something like pain or inflammation throws any of these functions off the ECS is there to regulate and bring balance back to these processes.

CBD and the Immune System

We’ve discussed endocannabinoids made within our bodies but let’s looks an another group altogether. Cannabinoids can also refer to a number of molecules found in the cannabis plant. There are actually over 100 known cannabinoids found in the plant. The two most well known and studied are tetrahydrocannabinol (THC) and cannabidiol (CBD). THC is well known as the molecule responsible for the psychoactive effects of cannabis. But it also can help with pain, insomnia, nausea and anxiety which has led to the increased acceptance of treatment with medical cannabis. CBD has also shown promise in helping with ailments such as seizures, inflammation, pain, and anxiety although the studies have been limited. As with endocannabinoids, the cannabinoids introduced to the body through cannabis consumption will interact and bind to the receptors in the ECS.
Although there have been relatively few, studies have shown that CBD can have an effect on the immune system, specifically due to its anti inflammatory properties and as an immunosuppressant. For the many people that suffer from autoimmune diseases suppressing an over active immune system is a huge benefit.

By regulating inflammatory response products like CBD oil can lower the inflammation that contributes to or causes these disorders. While those with already hyperactive immune systems can greatly benefit from CBD and its ability to suppress the immune response.

So studies seem promising and show some potential for CBD to help regulate the immune system through the ECS. But whether you are looking to limit inflammation or need help suppressing the immune system, how should you incorporate into your life? Well there are a wide variety of cannabis extract option on the market today. From tinctures and gummies to topical ointments and lotions there should be a method available for you to start with. We recommend seeking after companies that are upfront about manufacturing and open about third party lab results.

We also recommend CBD products as a supplement to other healthy practices. Incorporating practices such as exercise and meditation along with your CBD treatment can lead to well rounded physical and mental health and have a positive affect on your immune system. As the recent pandemic has shown, we cannot control everything that happens to us. But with exercise, limiting stress and proper supplementation we may be closer to ensuring our bodies have the ability to ward off invaders and keep us safe.

Where to Buy CBD Oil in Utah
Next Post

CBD and arthritis pain – Can it help?